Roll over image to zoom in 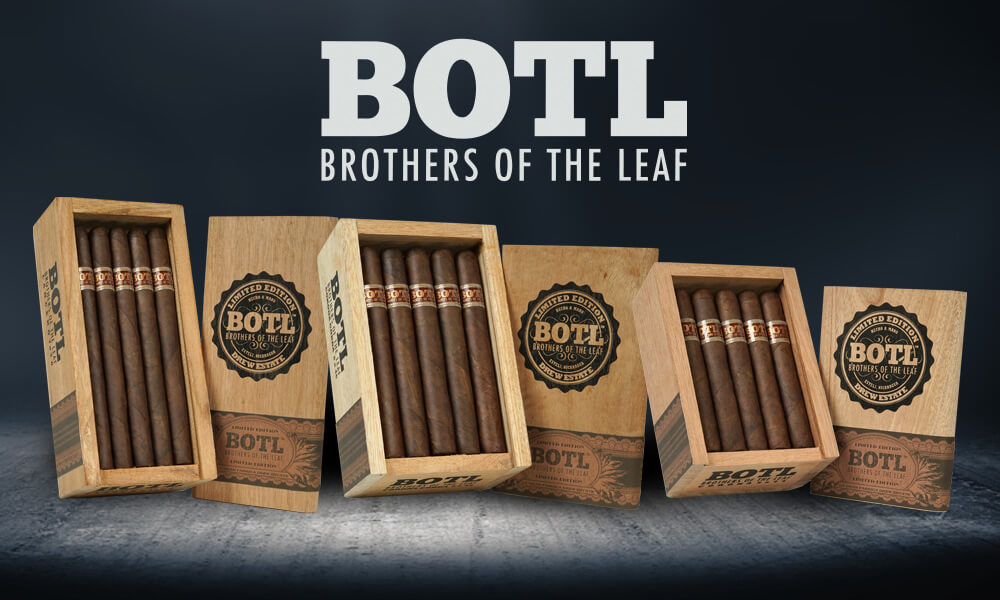 Join the Brotherhood with Drew Estate and BOTL

Drew Estate announces today the Rebirth of the BOTL, Brothers Of The Leaf as a Drew Diplomat Retailer brick and mortar exclusive. BOTL will be displayed in Drew Estate’s Booth at the IPCPR Convention and Tradeshow, held June 29-July 2, 2019 in Las Vegas Nevada.

Harkening back to the early days of the interweb, a number of cigar communities formed that all shared one common bond, their love of the leaf. One of those early communities, BOTL.org, truly captured the spirit and passion we all share for our beloved cigar culture. Today, Drew Estate brings back BOTL, a passion project dedicated to every cigar geek around the world.

With a lineup of three aficionado sizes including Corona 5 1/4″ x 42, Corona Gorda 6 x 46, and Lancero 7 x 38, we are truly catering to a targeted market of core traditional, discerning consumers. Each cigar is wrapped in a bold broadleaf wrapper, layered in complexity with an Ecuadorian Connecticut binder and capping off the nuance are rich fillers from Nicaragua.

From the Wynwood Safehouse, Jonathan Drew President and Founder of Drew Estate notes, “This project occupies a special place in our hearts at Drew Estate. Not only were we very active members on the BOTL forum since the beginning, but we were very involved with promoting it so that cigar heads worldwide could participate and connect. This is definitely a passion project that we dedicate to the great members who’ve been so good for the culture.”

BOTL cigars are shipping in August in the following 3 vitolas:

For full coverage of BOTL and all of Drew Estate’s IPCPR national releases check out our 2019 #DEIPCPR promotion at www.drewestate.com/IPCPR. If you are attending IPCPR stop by for a smoke at the Drew Estate Booth (Booth #3213), and a crafted ACID cocktail under the Water Tower.